These are some of the services I provide. If you think your project might require some of these skills, don't hesitate to contact me.

Does your website look good on all screens and devices? Do you need a new website? Let's talk »

Is your mobile app user experience as good as it could be? Do you need a new mobile app designed? Let's talk ».

Have a great application or website, but using it feels cumbersome or complicated? Let's talk »

Beyond your logo, what does your company look like? Do you have a new company that needs an image? Let's talk »

Got a great idea for an app? Could your business workflow be streamlined with a custom app? Let's talk »

Need help with your WordPress site? Not sure if WordPress is right for you? Let's talk »

Need some high quality photos of your office, storefront, products, or team for the website? Let's talk »

My name is Justin. I am a creative professional two decades of experience in varied fields such as user experience design, product design, application development, and branding. I love to create applications, websites, or just wireframes in web standard HTML, CSS, and JavaScript as well as create visual designs and mockups. You can see more about me, and some examples of my work at my social links below.

I believe in Jesus Christ and His great gospel (or good news). While to the eyes of the world, I work for myself or am “self-employed”, my true boss is the one who purchased my life, the Lord Jesus Christ. So, in all of my work I'm not just seeking to pay the bills, I am seeking to bring glory to His name by my diligence, attitude, and ethics. I could never repay what Jesus did for me, but I can help others to see what His gospel does to transform a life. Don't know the good news?
Click here to find out who Jesus is and what it means for you and me »

While Gospel Nerd is a simple sole-proprietorship, I have been joined together with my wife in marriage, and we are truly one flesh in God's and each other's eyes. The gospel would not be complete without the bride. Hannah is a full-time Mom, a wonderful homemaker, and an amazingly gifted Floral Designer. 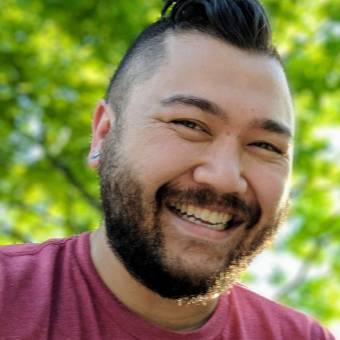 May Christ be glorified in all the work of my hands… yet not I, but the grace of God with me. 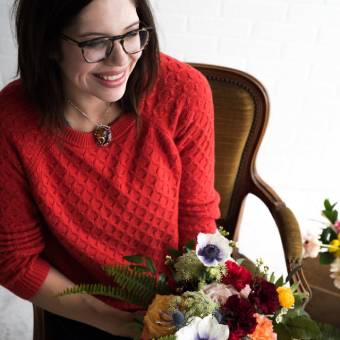 Hannah is my much better half. Gospel Nerd would be unsustainable without her super-human efforts. For more about my wife, read Proverbs 31.

Want to talk with me?

Think I can help you with your project? Not sure and want to figure out if I can help you? Want to talk about the gospel? Feel free to send me a message.

I'll be in touch real soon!

Many think that Jesus was a ‘great teacher’, but do you know what He really taught?

Jesus Christ said that He was the Messiah the Jews had awaited for over 700 years.

He said that He existed from all eternity.

John 17:5 “Now, Father, glorify Me together with Yourself with the glory which I had with You before the world was.”

John 8:58-59 Jesus said to them, “Truly, truly, I say to you, before Abraham was born, I AM.” Therefore they picked up stones to throw at Him…

He said that He came down from Heaven.

He taught that He alone possessed and could give true knowledge of God.

Matthew 11:27 “All things have been handed over to Me by My Father; and no one knows the Son except the Father; nor does anyone know the Father except the Son, and anyone to whom the Son wills to reveal Him.”

He taught that He had the power to give people eternal life.

John 10:27-28 “My sheep hear My voice, and I know them, and they follow Me; and I give eternal life to them, and they will never perish; and no one will snatch them out of My hand.”

He directed people to Himself as the answer for all their soul's needs.

John 6:35 “I am the bread of life; he who comes to Me will not hunger, and he who believes in Me will never thirst.”

John 8:12 “I am the Light of the world; he who follows Me will not walk in the darkness, but will have the Light of life.”

He demanded absolute devotion to Himself.

He claimed that He is the only way to God.

He taught that He had the power to forgive sins.

Luke 5:20-21 He said, “Friend, your sins are forgiven you.” The scribes and the Pharisees began to reason, saying, “Who is this man who speaks blasphemies? Who can forgive sins, but God alone?”

He taught that He Himself was sinless and absolutely perfect.

John 8:29 “And He who sent Me is with Me; He has not left Me alone for I always do the things that are pleasing to Him.”

He said that He is God.

John 10:33 The Jews answered Him, “For a good work we do not stone You, but for blasphemy; and because You, being a man, make Yourself out to be God.”

John 5:18 For this reason therefore the Jews were seeking all the more to kill Him, because He not only was breaking the Sabbath, but also was calling God His own Father, making Himself equal with God.

He accepted worship from other people.

Matthew 14:33 And those who were in the boat worshiped Him, saying, “You are certainly God's Son!”

He claimed His death was payment for the sins of many.

Mark 10:45 “For even the Son of Man did not come to be served, but to serve, and to give His life as a ransom for many.”

He taught that one day He would raise all the dead people in the world from their graves, just by speaking a word to them!

He said that He would return at the end of the world to determine the eternal desitinies of all people who have ever lived.

Matthew 25:31-32 “But when the Son of Man comes in His glory, and all the angels with Him, then He will sit on His glorious throne. All the nations will be gathered before Him; and He will separate them from one another, as the shepherd separates the sheep from the goats.”

“I am trying here to prevent anyone saying the really foolish thing that people often say about him: ‘I'm ready to accept Jesus as a great moral teacher, but I don't accept his claim to be God.’ That is the one thing we must not say. A man who was merely a man and said the sort of things Jesus said would not be a great moral teacher. He would either be a lunatic—on the level with the man who says he is a poached egg—or else he would be the Devil of Hell. You must make your choice. Either this man was, and is, the Son of God, or else a madman or something worse. You can shut him up for a fool, you can spit at him and kill him as a demon or you can fall at his feet and call him Lord and God, but let us not come with any patronizing nonsense about his being a great human teacher. He has not left that open to us. He did not intend to.”

This content was adapted from a tract by Charles Leiter, Lake Road Chapel

I'll let you know when I post updates to this site, if I have any special offers or events coming up, or if I have any relevant news to share that may be helpful.